Reinvesting the past few months the market of headphones, Bang & Olufsen has released a new version of its historical model, the Form 2, whose design dates back to 1983. He added it color and a microphone with controls for smartphones. But is that enough to get back in the race?

Struggling for several years, with a brand of luxury aging and even a little cheesy , Bang & Olufsen has seriously questioned and responded not to sink . This Danish emblem of high -end European audio has created the B&O Play products comprised of younger , more fashion with, among others , the beautiful Beolit ​​12 portable speaker . Lately, it has also reinvested in the sector the headset with the model B &O Play H6 we recently tested , positioned around 350 $ . Then certainly keen to broaden its audience with headphones more accessible, it just bring up to date the Form 2 .

"It is with the old pots that they make the best jams ." That's what that had to say engineers Bang & Olufsen reworking the Forme 2 . This is perhaps not so bad, because the new Form 2i has a really good look at him, even though its design appeal not everyone , far from it . We did a small survey office and opinions are sometimes very negative . However, this design is symptomatic of an era, the 80s, where there was a very surreal vision of the future. Form 2i lines are very simple, but also very worked very pure and stripped . They embody the spirit of Scandinavian design . The headband is molded in a plastic material noble . We note the particular curvature , thickness varies from place to place to strengthen its small lateral striations on both ends slightly. The slides are composed of three robust aluminum vanes that fit perfectly into each other . Finally, small semi- open ear cups are rectangular -ear type dress simple studding foam and mounted on pivots 360 ° that can detach .

In short, the Form 2i is a true object of design , with a pretty "conceptual" approach that deserves to be in a museum alongside the first Macintosh computers. Moreover, the Form 2 , his ancestor designed in 1983 by Steve McGugan when he was only 23 years old , is part of the permanent collection of MoMA , The Museum of Modern Art in New York. 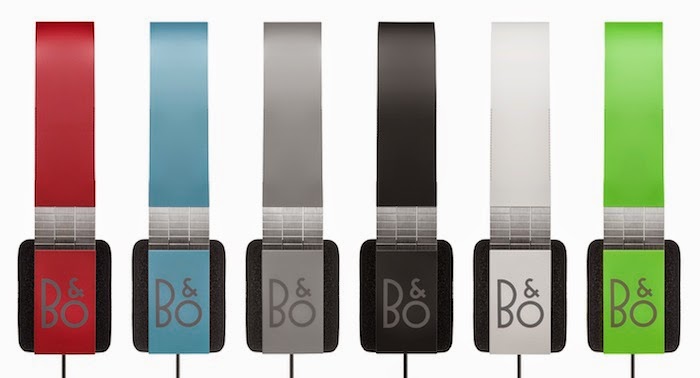 The new Form 2i version is available in many color finishes: ruby ​​red, blue, dark gray, charcoal gray, pearl white, flashy green. Bang & Olufsen also added a microphone with controls for smartphones on the left branch of the connecting cable which is fine.

No accessories are included with the Form 2i, which is a bit disappointing from a luxury brand like B&O and manufacturing is carried out in China. We would have liked this headset is foldable and comes with a storage bag. 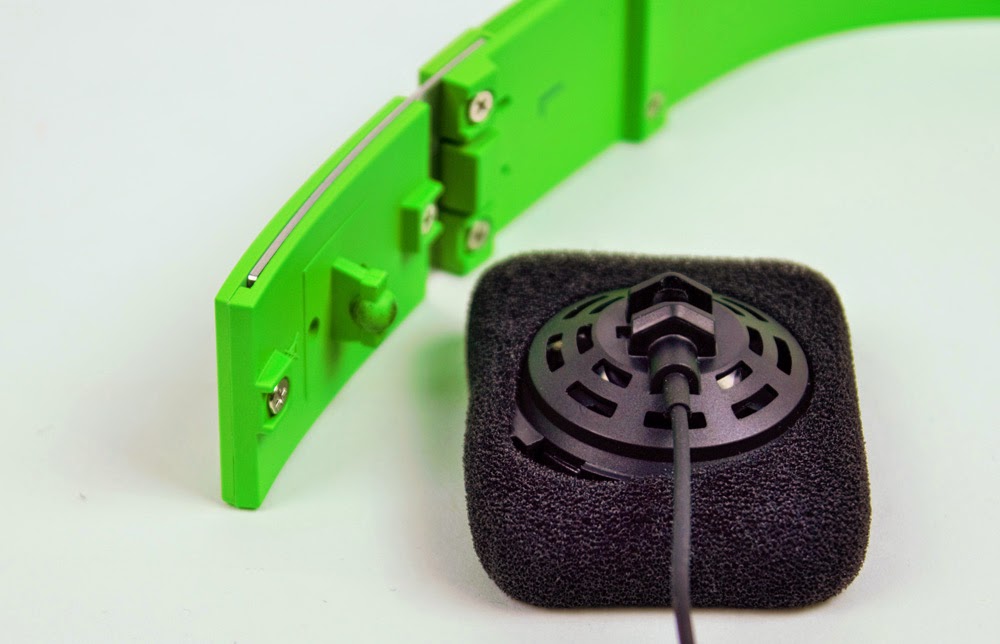 Each ear is equipped with a 30 mm transducer is protected by a solid metal plate perforated, working load almost completely open. Note that the coil of the transducer is large enough to offer, despite the small size of the diaphragm, a low register that has a minimum weight and size.

Given its structure, 2i Form is a helmet that holds up pretty well, for he hardly against isolates outside noise. it's arch being completely devoid of headbands, fleece is not very comfortable for users who have short hair or balding. By cons, for those of you who have long hair, it acts as a headband, which is useful especially as the 2i Form is very light (less than 100g)

the tonal balance of the B&O Play Form 2i is physiological - adapted to the sensitivity of the human ear - which is quite nice for tracks medium or moderate level. Power handling is somewhat limited. Can be seen through the sizeable distortion in the low end. Apart from this limitation, the Form 2i really no big flaw listening. Its transcription is smooth and mellow with harmonious stamps. It does not fall into the trap of being too cozy with severe dripping. Instead, the set is fairly clean, always polite and courteous, without aggression, whatever the type of music you listen to.
2i Form has nothing exceptional in its sonic performance, but it is seriously designed and optimized. 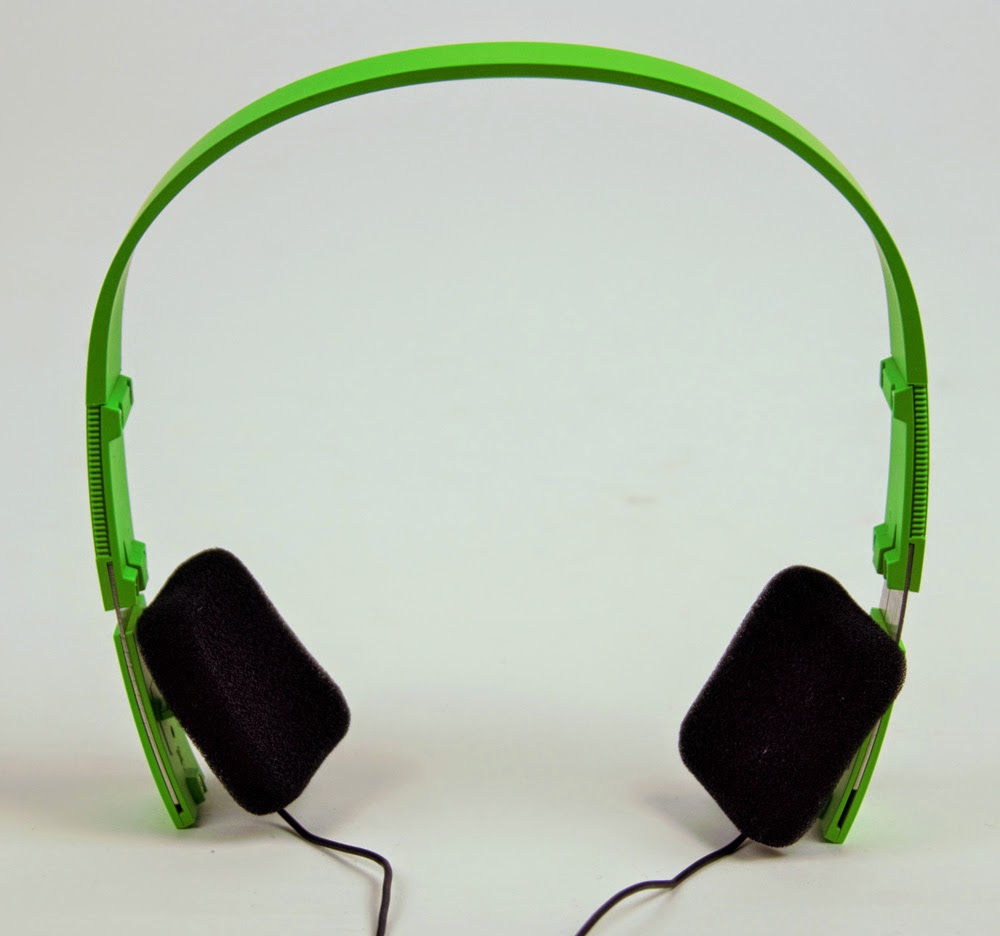 A beautiful 80's design, sometimes a little difficulty to wear, 2i Form is quite minimalist in design and sound performance icts. Nevertheless, a good sound quality, Gives access to the Bang & Olufsen brand with an affordable price " 129.00 $" .