Beats X, A Truly Wireless Alternative To The Apple AirPods

The Beats has introduced three new wireless headphones ahead of the holiday buying season but this one, the Beats X is a truly new headphone and the first one design with the help of Apple's engineering and design teams. Probably you won’t see it in stores until November but I got an early listen and I was pretty impressed with both the fit and the sound of beats first neckband style headphones.

Probably you won’t see it in stores until November but I got an early listen and I was pretty impressed with both the fit and the sound of beats first neckband style headphones. 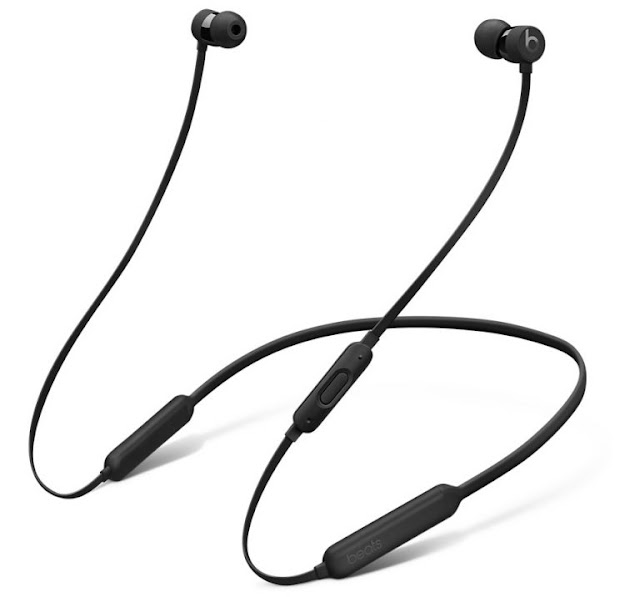 The band itself which beats calls a flex form cable has two wires running through it, very durable, solid and lightweight due to nickel-titanium alloy that this band is made from, the main reason why Beats made a band from nickel-titanium alloy is to make it more flexible so that it can be fold and fit in the included carrying case.

The buds are magnetized so you can stick them together when you are not using them, they feature 8 mm drivers, the sound of the X is natural with great details and a pretty strong bass. Like Apple's AirPods , the X also features the W1 which is apple’s new custom low energy Bluetooth chip and it delivers up to 8 hours of battery life which is great, in addition to that there is the Fast Fuel charging feature which let you get two hours of usage just with a quick 5 minute charge via the lightning port.
To get a more secure fit if you’re running or doing something athletic Beats got you with couple sets of wingtips, it is sweat resistant and has an integrated mic, Beats has also redesigned the RemoteTalk Button to make it more responsive.

At 149 $, the Beats X is not cheap, but it's still the cheapest wireless headphone from Beats, and it’s less expensive than Apple's AirPods with a better sound quality. Beats X earphones are coming this fall and definitely worth checking out.

If this is the first time you've see wireless earphones, well let me tell you there are plenty of them out there, which means a lot of competition for Beats, starting from the highly-rated Bose SoundSport wireless which you can get for the same price as the X.
Tweet